Gülina: workshops for girls coming from conflict zones. A safe space to resist

Gülin Mansur is 30 years old, comes from Bayreuth, Germany, but has lived in Berlin for about ten years now. She is a professional musician with her own artistic career (and the stage name Gülina), but she is also involved in several socially important projects aimed at encouraging empowerment and confidence through music.

Among these projects, particularly important is “Music for Chance & Change”, a music workshop for young girls who were forced to flee their countries because of war or other conflicts. Gülin’s workshops have eventually become a space where these girls can express themselves through music and become self-aware and conscious of their their potential as self-determined women.

Hi Gülin, would you please introduce yourself to our readers?

I am Gülin and I am a musician, a songwriter, and a music producer. In Berlin, I play and run music workshops aimed at empowering people and I also work on projects with refugees, bringing them on stage with me or involving them in my productions. Recently I’ve received some funding and three years ago I implemented a project I care very much about and that particularly focuses on young girls.

What is this project about?

I encourage those girls to strengthen their gender identity, especially considering the fact that they come from conservative environments and are usually not encouraged to associate femininity to freedom. Since I am a Muslim, coming from a very conservative family environment myself, they perceive me as a sort of older peer who however encourages them to think for themselves. This is the empowerment I try to promote in my workshops and I do it mainly through music, because music can liberate people more easily than words, at times.

Have you also had to deal with an environment where women used to struggle to express themselves?

Yes. I grew up in Bayreuth, Germany, but my father was really conservative. He wanted me to grow up in Germany, but he also used to tell me, on a daily basis, that we belonged to another culture and to another belief and that because of that I wasn’t allowed to behave like others. Living in a certain country but also being pressured by another cultural influence was very hard for me, therefore I perfectly understand these girls.

What are these girls learning, in your workshops?

They learn that they can be religious, Muslim, without giving up their freedom and that they can also freely enjoy music. Do you know the movie “Sonita”? It is a documentary about a female Afghan refugee rapper, who fights to find her way and her self-determination through music. Women are banned from performing music in Afghanistan, by the way.

Music seems to scare a lot of those who believe in gender segregation. Why do you think this is?

Because music brings women to express through a more free behaviour and choice of clothing, and because it encourages opposite sex interaction and conservatives definitely don’t want that.

As for my personal experience with the Muslim culture I grew in, I can tell you that my mother and my aunts are quite open-minded, but when I come back home and I see women and men kept always rigidly apart, I feel very annoyed. I see women sitting on one side, or serving food and drinks, and men on the other side, drinking. They are always divided into two groups. It’s 2020 and my aunts are relatively young, between the late thirties and the early forties. But they behave like the older generations, nothing seems to have changed!

Let’s go back to the girls who attend your workshops. Where are they from and how old are they?

Many flee from countries at war or conflict zones, like Afghanistan and Syria, some are from Iran. By and large, they carry around the trauma to have been uprooted and been impacted by a completely new life, in a new country, with a new language and culture. In all this, I act like a bridge, also linguistically, but not only. They know they can trust me and that I can understand them. As for their age, I have had the chance to also work with women up to 30 years old, but I mainly work with teenagers… pre-teen, even. So, I’d say girls around 12, 13, 14 years old.

And what do you usually do, during the workshops?

We sing, and vocal coaches are also included, we try new things, such as creative writing, and then we try to sing what we have written down, we basically make room for self-determination through the arts and music. As I said before, sometimes music gets where the words stop. Music can be a great blend of differences and experiences and create a universal collective experience.

What’s the impact of this on the girls?

Amazing. When they show up at the workshops, at the beginning they are often sad, not to say depressed, which is perfectly understandable, considering the traumas they have endured and their sense of alienation. And you need to add their problems with bureaucracy, which not always speed up the process they undergo to get their documents in order. But after four workshop hours, they are happy and smile, interact with one another and I see them reborn. And this makes me realise how important and necessary it is such a space, for all of them.

Have they ever opened up to you, beyond the artistic activities going on in the workshops?

Always. They tend to look at me as somebody who shares their background but also expresses a genuine desire for self-determination. They are not used to see it in their families and environment and are somehow fascinated by me.
“How can a Muslim woman be like you?” a girl once asked me. I answered that oppression has nothing to do with religion. And that it is essential not to be afraid to express their feelings because nothing good can come from that.
Moreover, I’m Turkish and this bare fact fills them with amazed amusement.

And why is that?

I found out that in Afghanistan, for instance, Turkish music and movies are quite popular and therefore Turkey has this sort of “celebrity aura” for many afghan kids… and surely for many of the girls who attend my workshops.

So you carry around this “celebrity aura” yourself!

Yes, just because I’m Turkish (she laughs). Joking aside, I’m happy to have the chance to build such a safe space where these girls can regain the freedom to be themselves. And use the arts to explore the world without fearing it anymore. 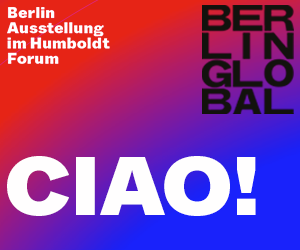 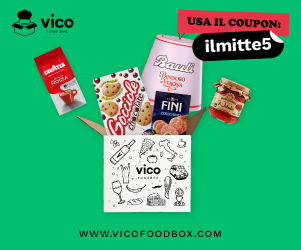